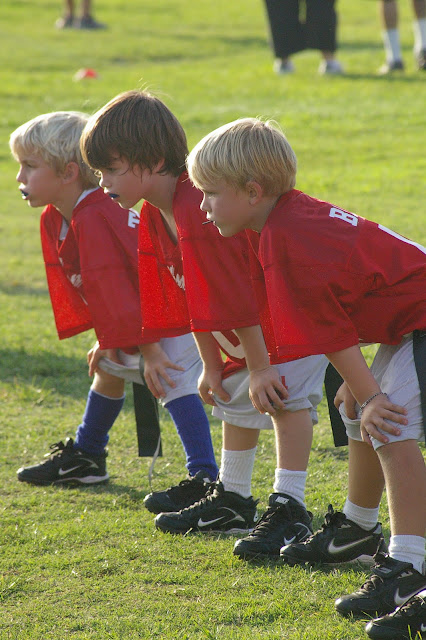 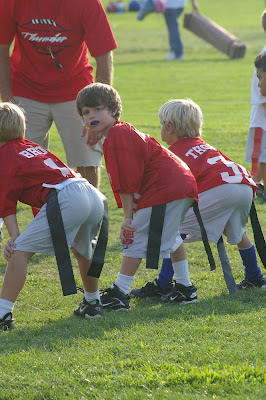 Owen is loving football! It is so much fun to watch these little 5-7 year old boys at practice and especially in a game. All these boys have known and seen of football is tackle. It makes sense to them that you tackle the one with the football, and of course anyone else on the field. What's this flag thing? They don't understand why you would pull someone's flag instead of tackle them. Or in Owen's case, put them in a head lock or yank them to the ground by their jersey. Thankfully they are beginning to learn. Owen loves to block or his form of blocking, see above:-) He also loves to be quarterback and run the ball of course. 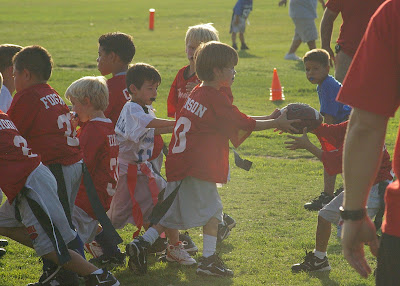 The Johnson competitiveness hasn't fully come alive in him yet, but we have definitely seen some glimpses. Mike has laughed outloud a couple times at Owen's form of justice during a game in response to his getting his flag pulled, tackled, etc.. Mike says its exactly what he would have done; to me its not so funny. The coaches are SO patient, its commendable. We have really had a good experience with this program. Go Thundercats! 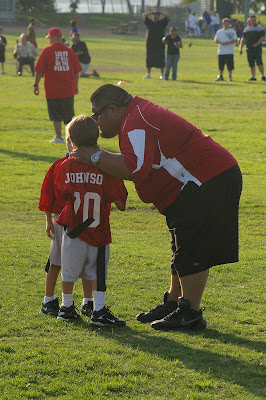 Owen has been able to have a few visitors come to his games: Grandma, Grandpa, and GG. He loves when people come to watch:-) He has a game at the end of the season at a high school field under the lights. Should be fun! 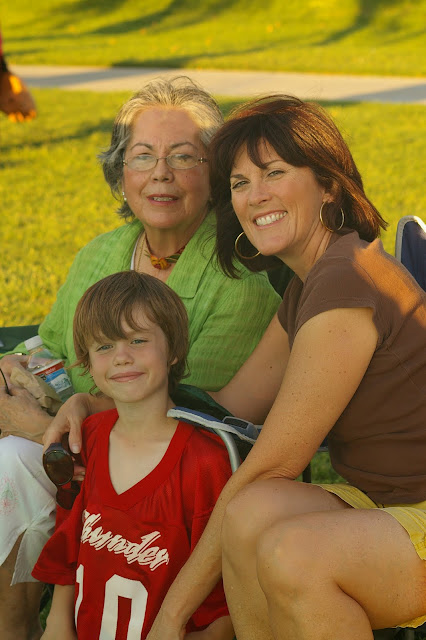