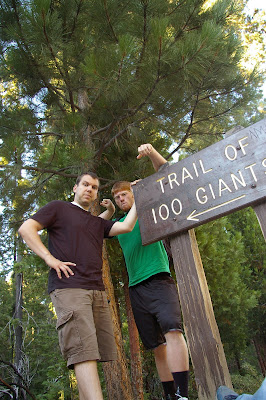 On Sunday we ventured up an amazingly winding road into the Sequoia National Forest to hike The Trail of 100 Giants. I was surprised Mike had held onto his cookies on the drive, unfortunately once we had arrived, Owen lost his- twice, poor little guy. He was fine soon after.
It was such a fun little walk with the kids. I had forgotten how beautiful the forest is. The sequoias were incredible. The crisp and clean air was so refreshing. We don't realize what kind of air we breath everyday until we go somewhere like that. 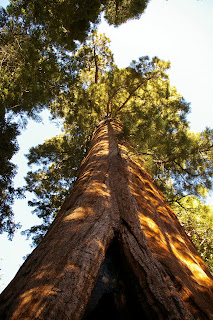 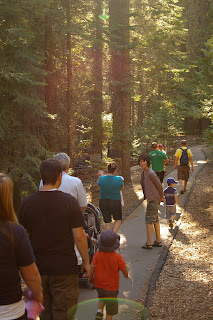 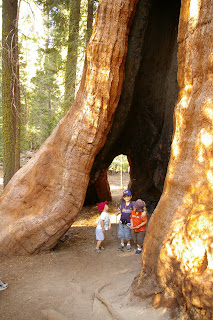 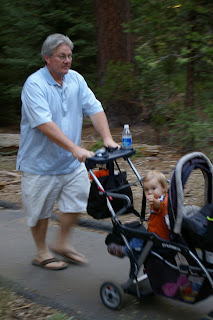 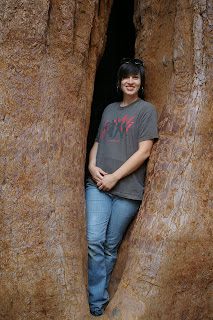 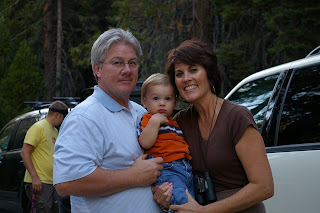 Owen was hilarious. He had to read each of the signs on the self-guided tour. He managed to pronounce amazingly difficult words. He never fails to impress me with his reading ability. 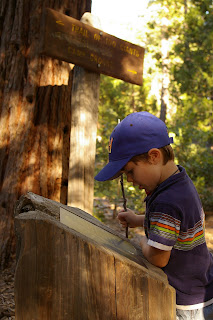 Eyan with his poor little chin loved the terrain and would have avoided the trail all together if I would have let him. 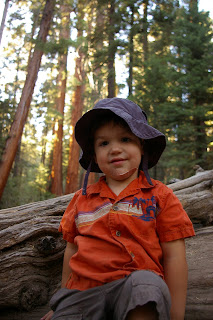 These tree roots were incredible, an incredibly dangerous jungle gym. 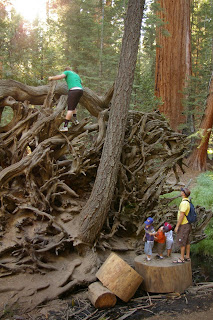 Don't let the serene environment deceive you. Our lives were in serious peril on two occasions, the culprit- a heat seeking missile in the form of an enormous pine cone. We almost lost Vanessa, Savy, and Liz to impalement. Seriously the sound of those things dropping pierced the air. At least there was some sort of warning system. 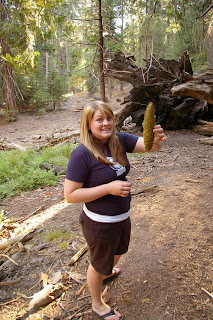 It was the perfect Sunday family activity. Here is our attempt at a family picture. Not quite perfect but we sure had a great time. 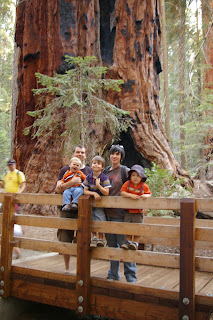