Part 2 of 3 - The Lake
Lake Isabella was so much fun. I took a ton of photos of our day. The highlight for me was driving the jet ski. I love riding them. The best is getting air off the boat wakes and doing turns. It was fun to watch everyone enjoy them. Kelli even let Luke drive while she was on the back. Now that may seem like no big deal unless you talk to anyone in our family. Any of us will be quick to say that they will not ride with Luke. Lets just say he enjoys seeing you in the water more than on the back. Luke promised to be good with Kelli and I think he did an okay job. Dad just likes to watch us have fun, thats what he enjoys the most. 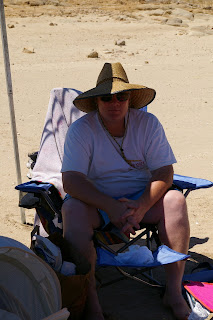 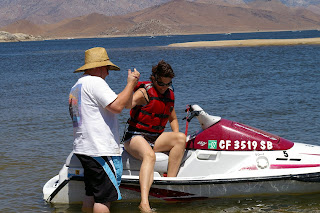 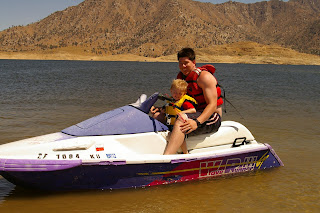 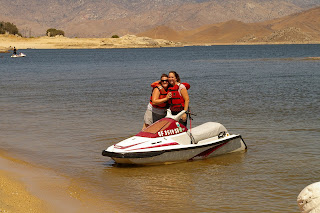 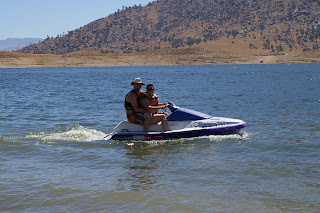 One of Mike's favorite things to do is jet skiing, but he decided to be the one to stay home with Eyan. I wish we could have worked it out to switch, but it just didn't happen. Tate's favorite part of the lake was hiking up the hill in the sand. That is what he wanted to do over and over. He is such a climber. Yes, I made him wear the life jacket when he was by the water, poor thing. 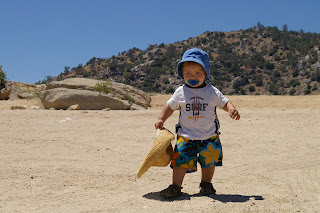 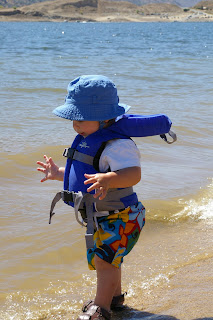 I took Owen out on the jetski and he loved it until I was going too fast. He let me know. He went out with his Auntie Liz and also with Uncle Bub. 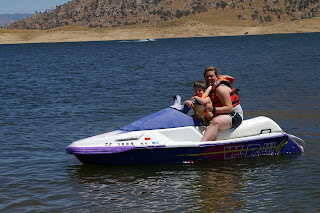 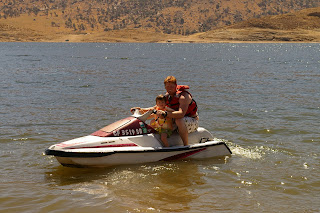 One of my favorite Owen moments happened on this trip. My mom bought pool type rafts to float on the lake; lounging around the water is what mom does best at the beach, pool, lake, etc. Owen went out on his raft first and was quickly blown across the water along the shore because of the wind. As he was walking back to where we were holding the raft, I could "see" his mind at work. He found a piece of rope left on the beach, got a bucket and some large rocks. He put the rocks in the bucket and tied one end of the rope to the bucket handle and the other end to a corner of his raft. He walked back out into water to where he wanted to be. He dropped anchor and climbed on his raft. It was hilarious to watch and so typical of Owen, my little engineer. 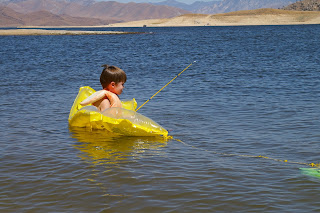 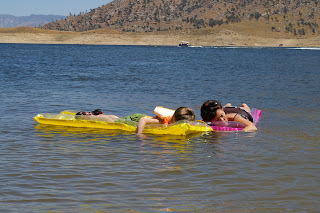 We had a fun day together! 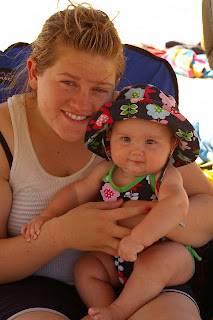 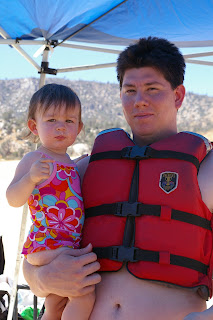 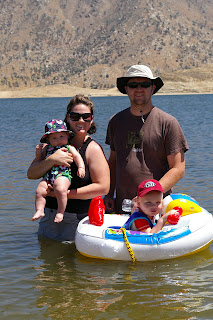 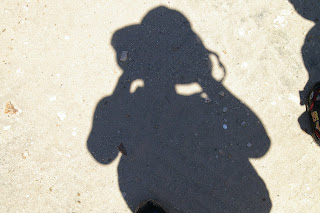 Oh and that photo of a shadow, yeah, that's me documenting myself:-) I was really there.
Created by Briana @ Sweet Dreams are Made of These at 9/14/2008