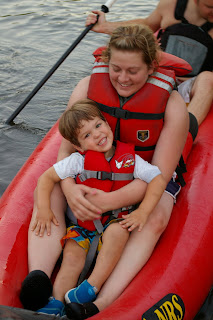 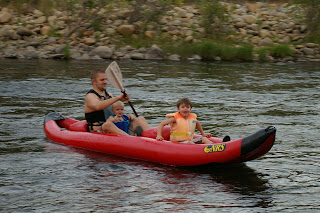 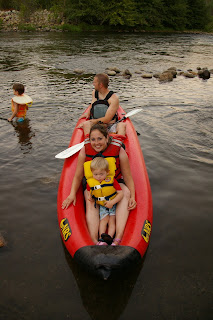 Part 1 of 3 - The River
This year's family vacation, my entire family was able to be together. That in itself is a wonderful thing! My sister Vanessa and her hubbie Josh, an avid kayaker and river guide put together a fun-filled, adventurous vacation up at the Kern River. This was my first time going and I was very excited to go river rafting. We rented two neighboring homes in which we all fit. Vacationing with kids is always eventful and seldom restful, but that's just a part of being a parent, right?! Josh took the kids in his splash-yak down a calm part of the river. Owen and Eyan both loved it as you can see. Auntie Liz went down with 'E'. Here is Kelli and Davis in the Splash-yak too. The river and surrounding area was beautiful and Mike and I were reminded that God is a magnificent artist. The boys loved playing in a shallow little pool in the river. 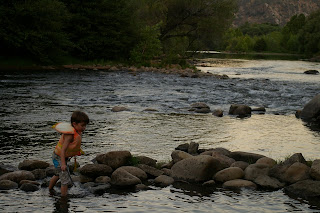 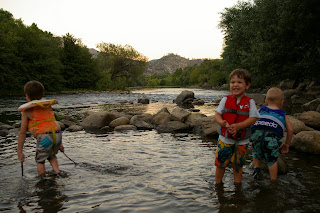 Of course there are rocks in a river, these particular rocks did not like us. Mike floated down some rapids in his life jacket with "the boys" the first night and got so beat up by the rocks that he came home severely limping and swollen. Well Eyan soon joined him on the bench list. Eyan cranked his chin on a rock and we ended up in the E.R. at the Kern Valley Medical Center. Mike just about walked out as soon as we arrived, lets just say one nurse had missing teeth and another actually had all her teeth but was busy digging a toothpick in them as she was helping us. Actually the doctor and attending nurse were great and Eyan was dubbed the best patient of the year by them. He did not scream while receiving 3 shots and 5 stitches, just huge crocodile tears. Poor little guy, he was so sweet. 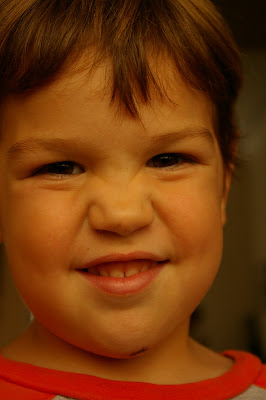 I felt bad because I had a great time. River rafting was so much fun, next time I'm on to the bigger rapids. Josh took "the girls" down the river with Luke and Jesse helping. We floated down the river and then Luke, Jesse, and I went down the rapids just floating in our life jackets. It was exhilarating being rushed downstream like that. I only panicked for a short time when I got pulled under in a rapid, but I quickly popped up. We also found a rope swing attached to a tall tree branch, something you see on movies. I hurled into the river on it and felt like a little kid. We all made it safely down the river and had a great time. No photos to document it though, too bad. I really missed Mike on the rafting trip and hope that some time in the future we can go together. Mike had to stay with the kids so that I could go. Mike and Liz with all the nephews and nieces for most of the day-the sacrifices you make for your family:-)
Created by Briana @ Sweet Dreams are Made of These at 8/31/2008