January 2009: Disneyland with the Big Boys

The main gift we gave Owen and Eyan this Christmas was a special day for just the "Big Boys" to spend with Mom and Dad. Isn't that great that they want to be with us? I'm holding on to that as long as I can:-) On Christmas they opened up a big box full of packing peanuts hiding clues of what our special day would have in store: 1. Disneyland Gift Card 2. Chopsticks 3. Tall paper chef hats 4. A ticket for each of them "to stay up past their bedtime" 5. A countdown chain until the special day Any guesses? 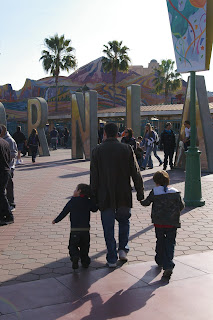 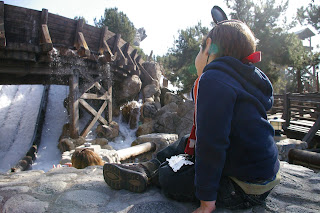 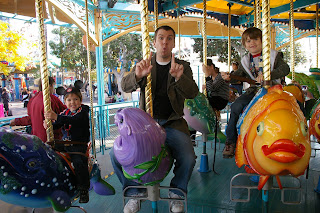 We spent the day at Disneyland and California Adventure just Dad, Mom, Owen, and Eyan while little Tate stayed with Grandma and Grandpa. We discovered the new Toy Story Ride-Mike's new favorite. Its like a life-size 3-D video game, carnival style: ring toss, darts, egg throwing, etc. You each wear 3-D glasses and shoot your own pull-string shooter. Of course it involves a score, which makes it fun for Mike and I. He just feels good about himself because he's won 2 times, and me 1. I've beat him a million times on the Buzz Lightyear ride, so he's still far behind:-) Our oldest little lefty, Eyan, was awesome at the games. His little arm kept pumping on that string! 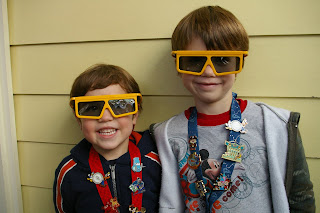 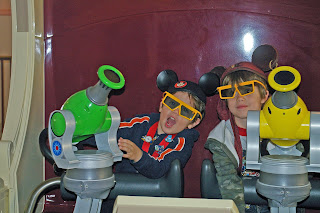 This was the first time we met one of the characters. Our kids haven't really cared about seeing Mickey or anyone before. For some reason, Donald Duck has become Eyan's favorite and his little face absolutely lit up when he met him for the first time. It was so cute! 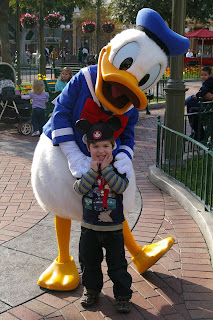 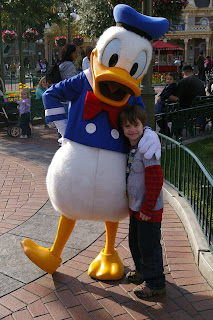 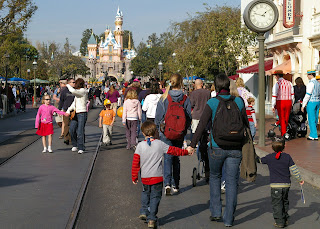 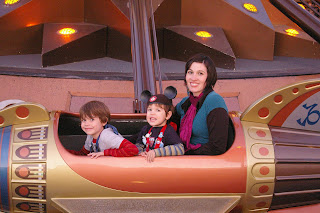 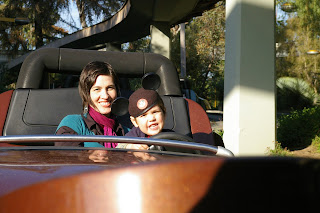 After a fun day of rides, we went on over to Benihana's. Mike's boss gave us a very generous giftcard to take the boys for dinner there. We ate like kings. I tried the banana tempura dessert for the first time-wow! Eyan was hilarious. He could not keep his eyes off the chef and his performing knives the entire time. He didn't eat at all until the chef was done cooking all the food. We had a great time! 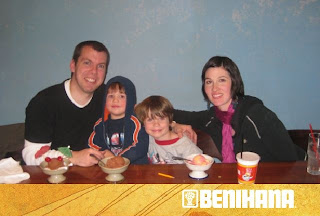 We went home with full tummies and exhausted legs! We loved it.
Created by Briana @ Sweet Dreams are Made of These at 2/15/2009