October 2009: Still playing catch up- Lazy day at the Lake 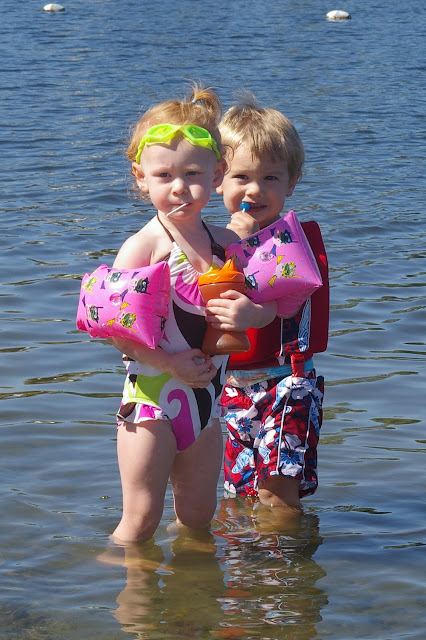 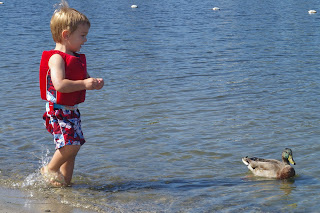 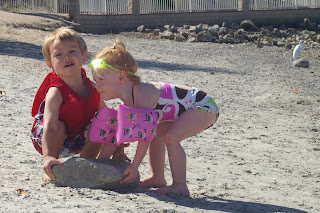 Yes, I am still playing catch up of October in December. I love that in October we can still be playing in the water. My friend Melissa and her daughter Aftyn, Tate's little buddy, invited us for a lazy day at Canyon Lake. It was so nice to sit on the shore and let Tate run around in the sand and the calm lake's little wading section. His favorite part was chasing the ducks. I was able to grab a little video of this. It has Tate chasing the fleeing ducks and yelling, "Come back here duckies." Tate and Aftyn grossed out some older kids by dipping their lollipops in the lake and then sucking on them. So sanitary, but they survived:-) I love this shot of them trying to pick up this huge rock. Tate is all about doing everything by himself now, "I do it Mommy" or "I got it Mommy."
Created by Briana @ Sweet Dreams are Made of These at 12/20/2009