One Prayer Answered Changed the World 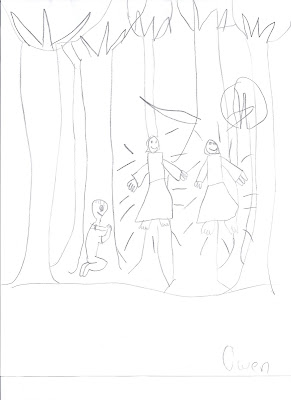 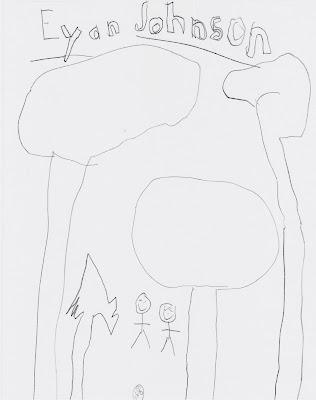 I love those moments when you can see a glimpse in your children that what you have been teaching has actually taken root.  We had such a night a few Mondays ago.  Monday nights are dedicated for what our church entitles, "Family Home Evening", a specific time set aside for families to be together, share thoughts about our testimonies of Jesus Christ and his gospel, and have fun!  My 8 year old is working on a goal-oriented, faith-strengthening program for baptized children called, "Faith in God".  One particular goal involved Owen reading from the Pearl of Great Price, a book of scripture containing selection of revelations, translations, and writings of the prophet Joseph Smith.  In particular he was to read in Joseph Smith History the account of the events which led up to and comprised Joseph Smith's vision in which God the Father and Jesus Christ appeared to him at the young age of 14, commonly referred to as "The First Vision".  He was to then to discuss with our family about receiving answers to prayers.


So to fulfill this goal, Owen was in charge of Family Home Evening.  He made the assignments to family members of offering the prayers and choosing the songs.  He opened his scriptures and taught his 2 little brothers about the young boy Joseph Smith who wanted to know for himself which of all the churches of his day were true.  Owen recited to us the scripture that struck the heart of the boy Joseph, James 1:5, " If any of you lack wisdom, let him ask of God, that giveth to all men liberally, and upbraideth not; and it shall be given him."

He said that Joseph needed to know something and so he knew he needed to ask God. {To read full account, visit here.}
He told of how Joseph went to the woods to pray and how God the Father and Jesus Christ appeared to him.  Owen loved the part in which Heavenly Father pointed and said, "This is My Beloved Son.  Hear Him."
Owen then chose as the activity for the boys to draw what they thought the "The First Vision" looked like. They busily got to work on their drawings. Eyan was done first and proudly came to show it to me. When my little 5 year old boy came and showed me his sweet little drawing I was completely taken aback. There amidst towering trees were God the Father and Jesus Christ appearing above the boy Joseph Smith (whose little body would not scan in on my scanner after many attempts). I loved it!  Owen then brought me his.  It was beautifully detailed, from the kneeling and praying Joseph, to the Father and Son shining with glory which defied all description {what Owen indicated those squiggly lines above them to be}.  I was overcome with joy that these two boys were developing a testimony of such a foundational truth at such a young age.

I pointed out to Owen that the feeling of goodness that he had while reading this was the Holy Ghost testifying to him of its truthfulness.  And how by knowing that this was true, that everything that followed from it was true as well: the restoration of Christ's gospel to the Earth through the prophet Joseph Smith, the translation of the Book of Mormon, and so forth.  I asked him if he thought Auntie Lizze who is on a mission got to share this story often.  He said yes and I told him how lucky he was that already at the age of 8 he had received a confirmation by the Holy Ghost that this was true.
What an amazing experience as a mother!  I am grateful for these times.  They propel me forward and serve as a great reminder to my son's potential and character during such times as later that week when I witnessed this same son swinging on the curtains in the church.  He is such a good boy who desires to be good, who loves to be a big brother and who is very mindful and considerate of his Dad's condition.  I am grateful for his tender spirit.  He has taught me great lessons in my A.P. Parenting 505 course:-)
Created by Briana @ Sweet Dreams are Made of These at 4/05/2011

Email ThisBlogThis!Share to TwitterShare to FacebookShare to Pinterest
Labels: a little light and truth, the dish on mommyhood