to those who attended the service 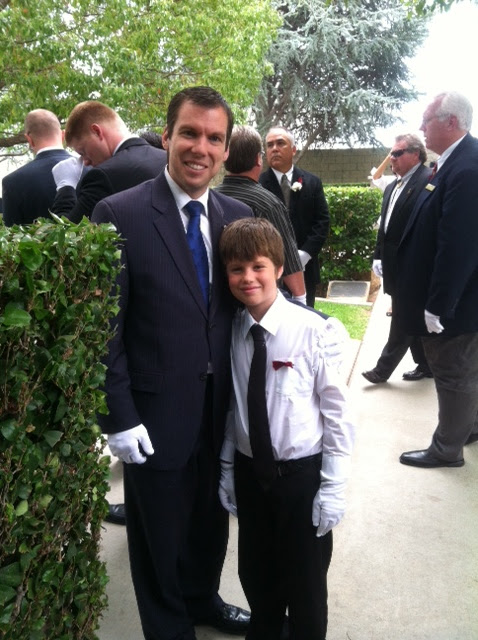 good morning friends and family
it hasn't been very long since we have spoken, as i feel that i was with so many of you yesterday

i witnessed such a grand tribute to my father as i saw the entire congregation, in reverence, arise when his casket entered the room
admirers and loved ones reached to the very back of the building, filled additional adjoining rooms as well as received a broadcast at an entirely different building
the honor was immense
as everyone stood i turned my gaze to span the entire chapel and breathed it all in
a moment engraved in my mind forever
i saw faces of those i have known nearly all my life and have loved me since i was a little girl
and even some who have loved Daddy since he was a young boy
some had traveled great distances to be there
to lend their love and lift to my mother and our family
i saw faces of some who didn't even know Daddy, but i knew came just for me
their kind gesture left me feeling so loved
many faces i did not know
to me they stood as a testament of the breadth of the influence of my father

i was grateful for those who greeted me, never having met me, but who loved my father
repeatedly i heard
he gave me a chance
he gave me counsel
it was an honor serving with him
he was the greatest man i have ever known
i learned so much from him

i believe that the comments which bestowed the greatest honor upon my father
were those who revealed to me that after the service they had been so affected as to want to make changes in their own life, be a little bit better, make some adjustments, for they had a desire to realign their life with those things that were most important
the life of my father was an inspiration and testament to our ability to live each day demonstrating where our priorities lie.

mike and i commented later on that there were an overwhelming amount of those who had come to greet us that spoke of their own great personal loss of a parent, sibling, or loved one
we believed that there was something substantial to that
looking back we realized that we have not lent the needed service to those who had lost someone
we had not gone to great lengths to extend our support
we had not yet experienced that piercing ache and deep void in our life
now we can see why those who have suffered through this would want to reach out in empathy to those who have also lost so deeply in their life, to "mourn with those who mourn" and "comfort those that stand in need of comfort" (Mosiah 18:9)
having experienced this earthly separation and void themselves
and in knowing that it was in part due to the love and support of others gathered round you that you could take that next step, and the step after that, and so on

there is so much more to say about the services of the day
and the impressions that they left on my heart
i hope in the days to come the words of strength and comfort will flood my mind
as truthfully all the particular words of the service are a little cloudy in my recollection
i would ask if there were words shared that struck your heart if you could please share them with me, so that i may recall them too

Email ThisBlogThis!Share to TwitterShare to FacebookShare to Pinterest
Labels: a little light and truth, in the company of friends, my Daddy, we are family
to those who attended the service
2012-08-02T10:00:00-06:00
Briana @ Sweet Dreams are Made of These
a little light and truth|in the company of friends|my Daddy|we are family|
Newer Post Older Post Home
Subscribe to: Post Comments (Atom)