October 2010: The Pillage People and the Little Lamb 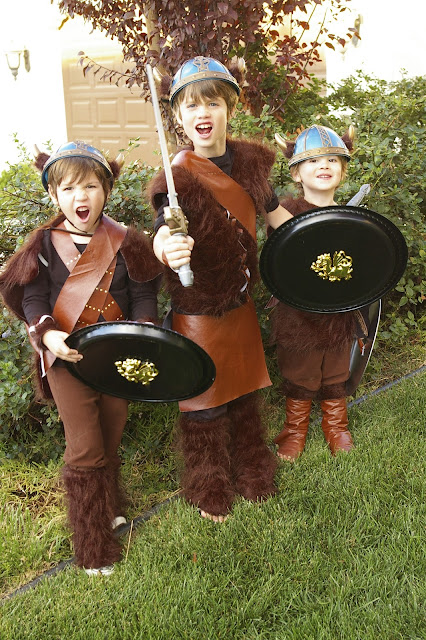 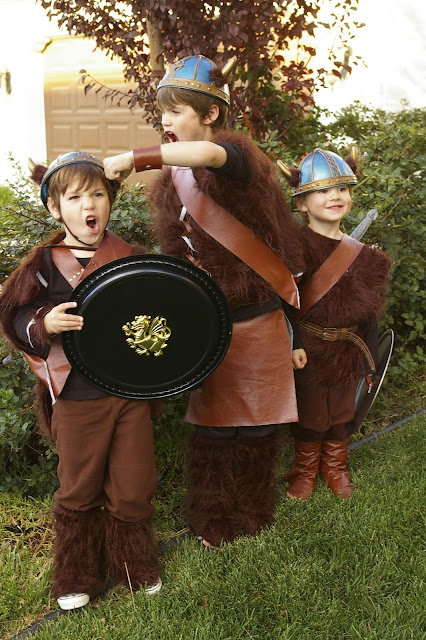 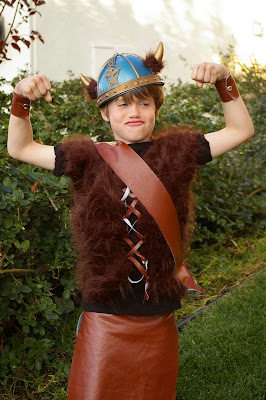 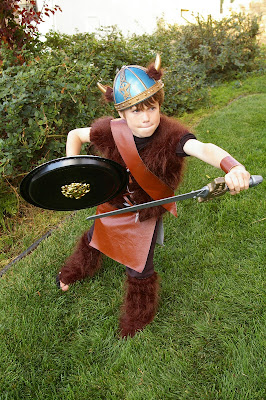 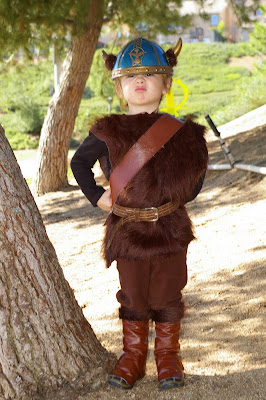 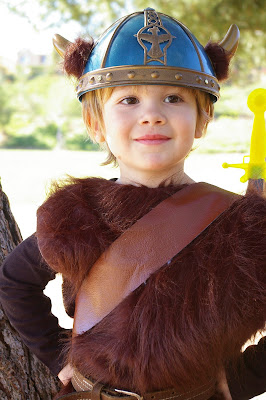 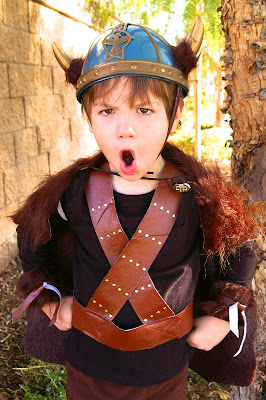 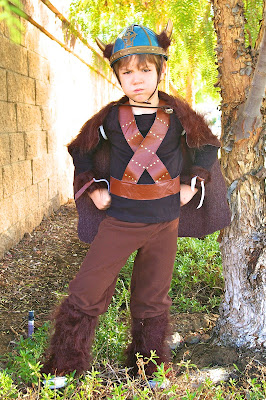 I have been blessed with a creative mind, but for some reason I can't seem to get it to apply to parenthood.  Thankfully once a year it seems to really come in handy, Halloween.  I had so much fun creating the boys costumes this year.  They decided on vikings, and I ran with it.  I drew inspiration from lots of photos as well as those funny Capital One commercials.  I love this one where they had to come up with a new career so they started a band, "The Pillage People".

The boys have loved wearing their costumes during the week.  We decided not to go Trick Or Treating (or Chuck or Treating as Eyan calls it:-) ) this year because it fell on the Sabbath, so they took every other opportunity to wear their costumes.  Tate even wore his to the grocery store, where some lady mistook him for Bigfoot.  Bigfoot, really?  It was amazing to me how their boy energy could be heighten anymore than it is in normal day life, but putting on these costumes really amped it up.  Yaaaahhhh! 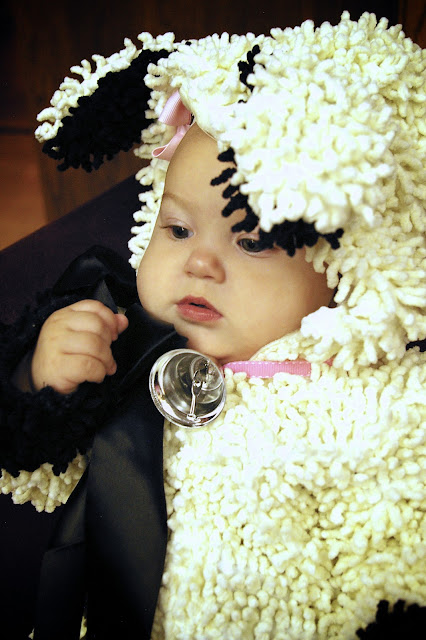 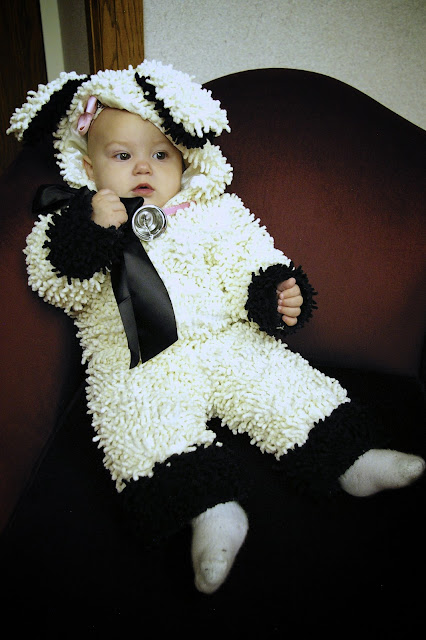 There was no way I would have had time to make Felicity's costume as well.  I knew I wanted something cuddly, so I knew this was the costume for her right when I saw it.  I added the bell and it was adorable.  Isn't she the sweetest little lamb you ever did see?!  The first time I put it on her she screamed, so I wasn't sure she would let me put it on again.  I just needed a picture.  Isn't that hilarious?  At the church Halloween party she screamed a little bit, but by the end of the night she had fallen asleep in it on my shoulder.  I could not believe it.  That just does NOT happen.  My friend Aileen told me that Felicity counted herself and fell asleep.  So cute, I love it!

Each one of them won an award in their age group for their costumes.  So fun for them.  I felt a little bad each time we walked up there to get another award.  The Johnson Family again?!  Sorry.  But really their costumes were the cutest.  Oh sorry boys, I mean craziest and scariest - those are the awards the boys won.  They are already making plans for next year:-) 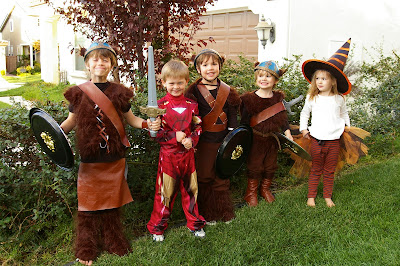 Davis and Juliet came as well.  So fun to have cousins that live close by.
Created by Briana @ Sweet Dreams are Made of These at 11/01/2010