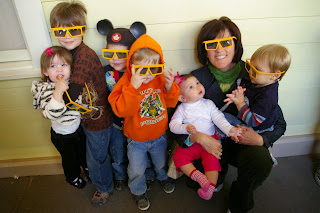 Ok, so I realized I have some serious catching up to do. What a wonderful grandma my mom is, to want to spend her birthday with her grandkids at Disneyland! We had a great time! I think Mom did too:-)

Just to spice things up, let me tell you that 2 seconds after this photo Vanessa asked me to take their family's photo. While I was doing this Owen climbed up to the second level of rocks by the waterfall. Talk about panic city and major trouble! 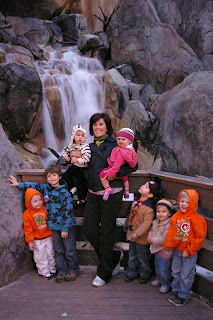 Tate loves the "fishy ride" as he calls it. We rode it probably 4-5 times in a row while the bigger kids were on Toy Story. The sheer joy on his face as he went around and around was hilarious. I tried to pry him off the fish after the first time but he wrapped his little arms and legs around it and kept saying "fishy ride again". Thankfully there was hardly anyone there so they let us go as many times as I could take:-) 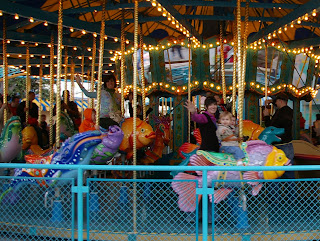 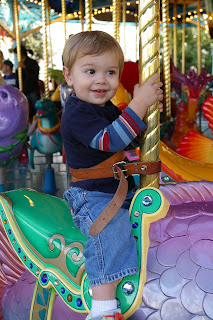