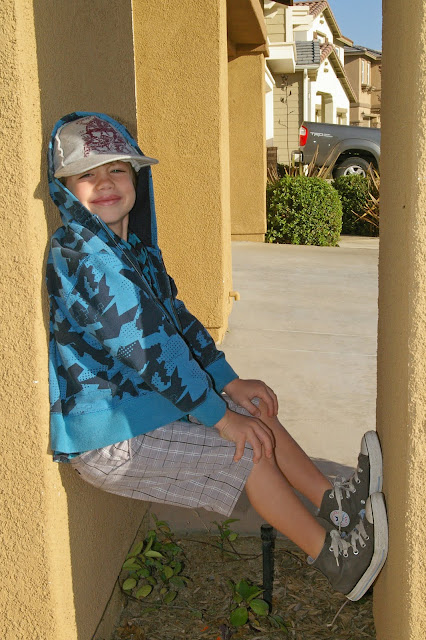 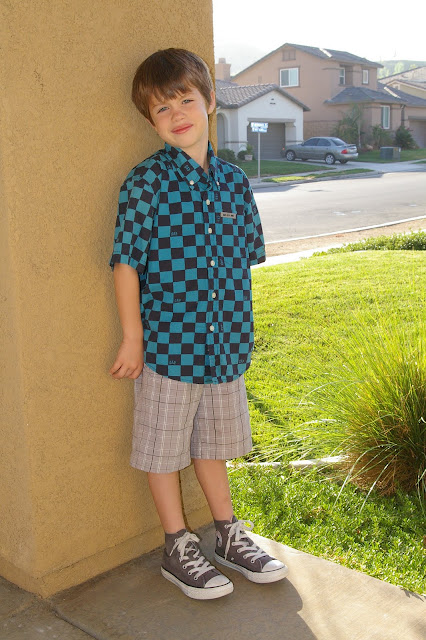 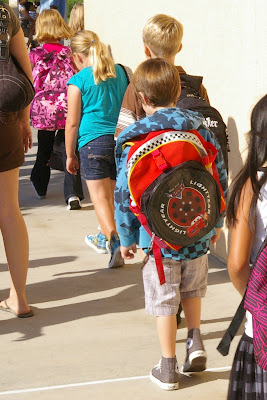 "I gotta go back, back, back to school again." Sing along if you know it, little reference to the not so famous "Grease 2" with Michelle Pfeiffer. The male actor was way better looking in this one than John Travolta.

Anyway, time for Owen to get back to school. He was not very excited that his summer felt so short. This summer has been eventful for our family for mostly not-so-fun reasons. Poor Owen, but hopefully he won't feel deprived.
Owen started 2nd grade on Wednesday and despite not being excited about it, he felt the need to really think his 1st day of school outfit through. It was fun for me to see him try on everything the night before in front of our living room mirror to make sure it looked right... button down shirt, shorts, low socks, Converse, jacket (which he insisted on wearing to school even though its still in the 90s), and hat.
The morning of, he was awake early (around 6 am, right alongside Tate!) and ready to start his day. I welcomed his enthusiasm. He was a little anxious going into class, not recognizing anyone, but has come home from school each day so far very happy. He loves his teacher, whom he describes as cool and silly.
After dropping off O, we headed to the park, something we did regularly last year. Eyan and Tate had a great time together. I was happy to get a kickstart on resuming some poorly abandoned routines. Here's to a productive and fun year! 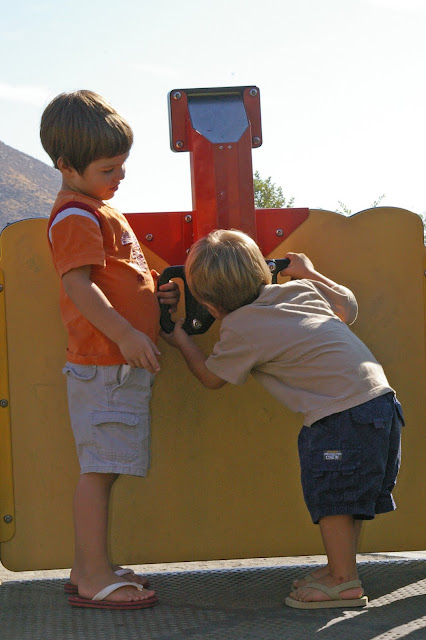 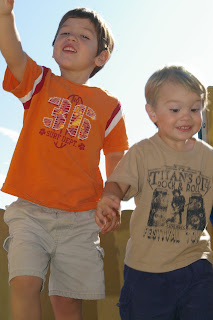 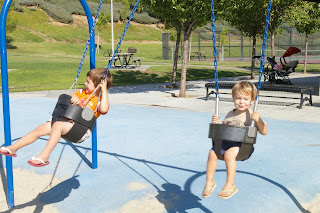