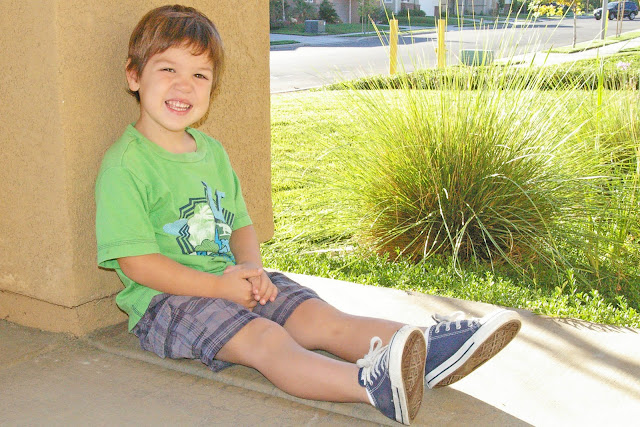 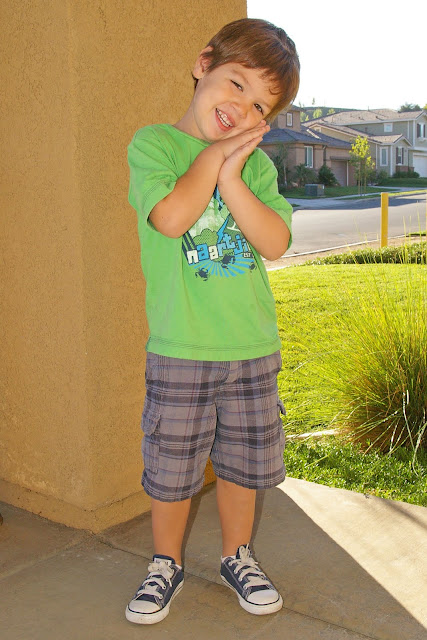 Eyan is soo excited about starting preschool. He did not attend last year and is more than ready to go this year. Through my Aunt Michelle I found this amazing preschool called "Lil Ranchers". It is a developmental preschool that studies concepts such as the alphabet and numbers through "doing". They have music, yoga, horsemanship (Eyan's favorite), Spanish, sign language, organic gardening, cooking in addition to all the other preschool type learning. He is really loving it. Here he is on the first day of school in his favorite t-shirt. He goes to school with his cousin Bronson and his buddy, Charlie. His teacher Miss Val is someone that you can just feel their enthusiasm for kids and teaching the moment you talk to her. I was so concerned about finding the right preschool for Eyan that we could afford. I am grateful everything came together. 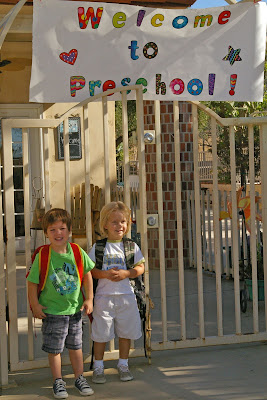 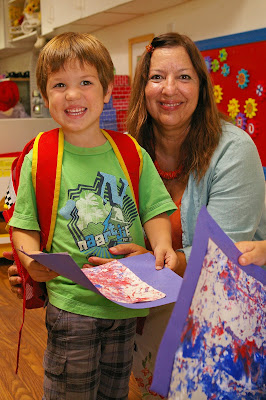 The first week they did a Pre-K assessment test. He passed everything with flying colors - Miss Val said he's already ready for Kindergarten academically, another sharp kid I've got, except that he didn't know his birthday and he answered some questions a little differently than expected:-)
Q: Where does meat come from? A: Boxes
Q: Where does milk come from? A: Bottles
He has also been a great little missionary at preschool. During music time his teacher asked the children to share with her some songs that they knew. Little Eyan and his bud Charlie stood up and sang all the words to "Called to Serve", a church hymn he learned in Primary, in front of his entire class. Miss Val was so impressed that she asked for the music to the hymn and will be attending the special Sacrament Meeting Program in which all the Primary children perform all their songs they have learned throughout the year. Charlie's dad also spoke in church recently and shared their experience. He had asked Eyan and Charlie come up in front of the entire congregation to sing it again. Eventhough they have practiced during the week at the church, I wasn't sure Eyan was going to do it. Even I would have been nervous. Mike walked him up to the front and as soon as the music began and Charlie began to sing, Eyan chimed in singing all the words. Everyone was teary eyed listening to them. It was a wonderful moment to watch as a mother:-) He really is musically-inclined. We had people coming up and telling us that Eyan was on perfect pitch. We've got to get him in some music lessons or something. Any suggestions?
For now preschool will do the trick!
Created by Briana @ Sweet Dreams are Made of These at 9/19/2009

Email ThisBlogThis!Share to TwitterShare to FacebookShare to Pinterest
Labels: a little light and truth, Eyan, milestones