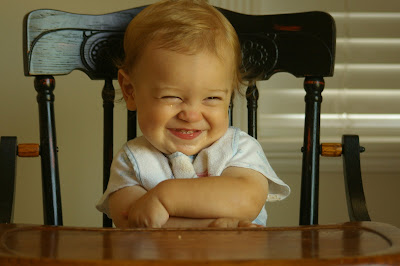 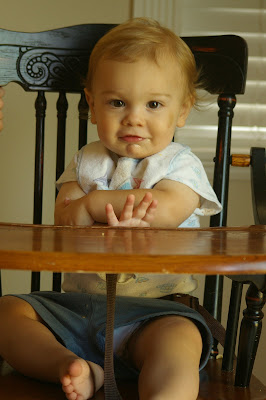 Tate is at such a fun age. He loves to copy us, especially his brothers. He also makes the most darling and silly faces. He does this funny little underbite smile with his wrinkled nose and squinty eyes. When he flirts with the girls at the store or at church he does a little smile and tilts his little head into his shoulder. When he is excited he makes a little laugh that's part lamb, part horse. When he thinks he's really funny he'll quickly shake his head side to side over and over. When he is upset he flings his forearm across his eyes and cries, such drama, its hilarious. He now knows how to fold his arms during prayer. Its pretty cute. We just tell him that its time for prayer and usually he responds quite proudly. He also loves to dance, turning his head side to side and bouncing up and down- his favorites to groove to are "Stolen" by Dashboard Confessional and "Lets Dance to Joy Division" by the Wombats - both in my "Feel Good" playlist.
Created by Briana @ Sweet Dreams are Made of These at 8/13/2008