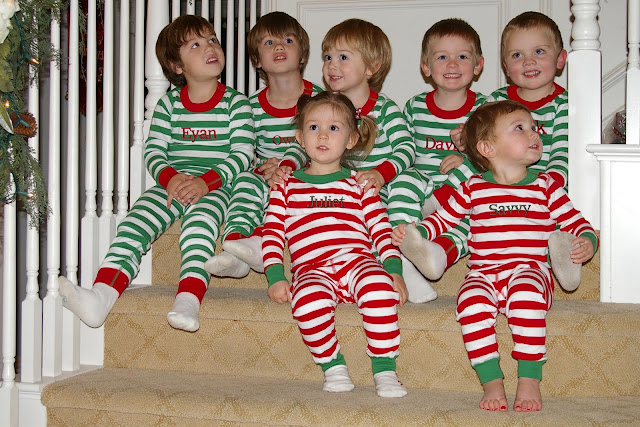 As a family we had intentions of traveling to the Grand Canyon for a Polar Express Train Ride during the Christmas season. It would have been so much fun, but it just didn't work out. Instead we created our own version of the Polar Express for the kids right here in Southern California. I loved how my sister put it, it really was MAGICAL.


Each year my mom buys matching pajamas for all grandkids to open on Christmas Eve. After they changed into their pjs, my mom in her animated and singing elf hat, announced to the kids that something special was about to happen. They had to listen carefully. My brother had downloaded a perfect train whistle sound and played very loudly out front on my mom's I-pod speakers. The kids weren't sure what was happening for awhile. Uncle Josh came out decked out in a conductor's uniform and passed out a special ticket to each of the kids. We quickly put on their coats, hats, and gloves as they raced out to the front yard. 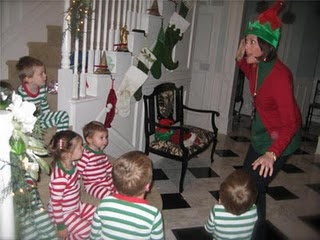 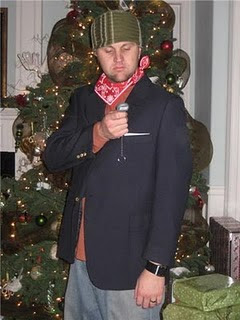 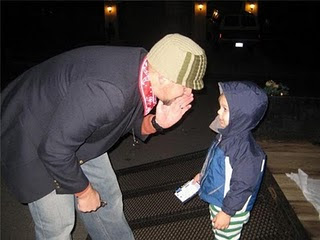 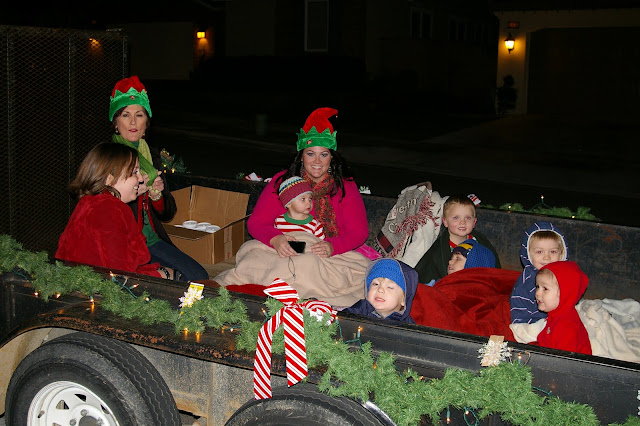 My sister had borrowed a flat bed trailer from a friend and we had it decorated with garlands, lights, red&white striped ribbons, and sparkling snowflakes. As they boarded the train, Conductor Uncle Josh punched their ticket and gave them their special word. 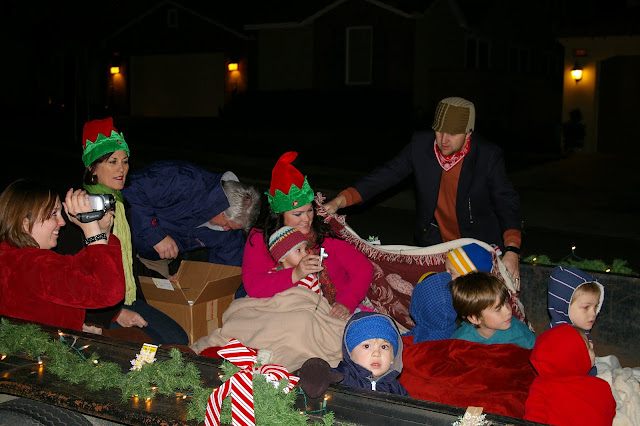 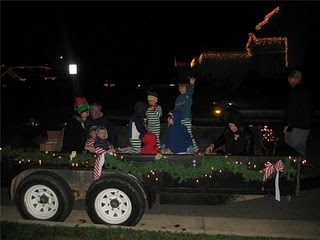 "All Aboard" Mr. Conductor called out as all the kids were loaded onto the train and off we pulled to the North Pole, the chilly air as we went down the street sure gave a good California impression. On the train my mom had hot chocolate and cookies for each of the kids. As we chugged along the kids ate and listened to the soundtrack from the movie "The Polar Express", it was at that moment that the night became magical for me. The kids were smiling adorned with their hot chocolate mustaches and in anticipation of where we were going. 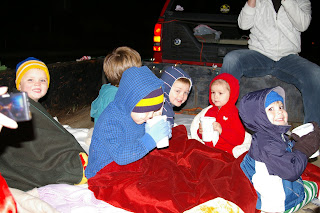 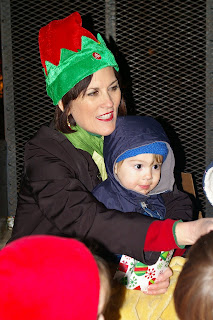 We pulled up to the North Pole and saw that Santa and his helper Auntie Liz were there to greet us. He greeted us with a jolly "Ho Ho Ho Merry Christmas". He was very friendly and natural with the kids:-). Each of them received a special Christmas bell and a candy cane. I don't think I've ever seen a child more happy than my little nephew Jackson upon hearing that he would receive a bell. Even my wary Tate who had never wanted to see Santa before was won over by the magic of the Polar Express and sat on Santa's knee along side his big brother Owen. Savvy, however, was not enchanted by Santa's charm:-) 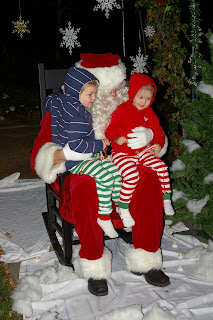 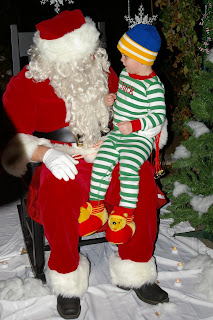 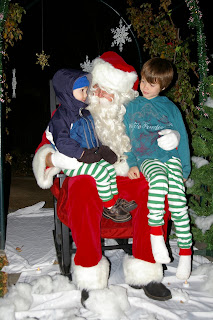 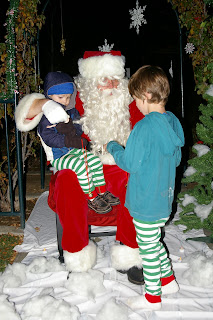 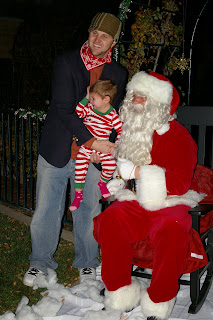 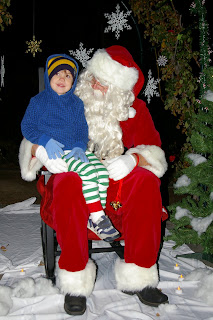 Upon returning back to Grandma and Grandpa's house we entered into a reverent scene of the Nativity with Joseph, Mary, and a baby Jesus there to greet us. Uncle Lukie and Aunt Kelly told the story of the Nativity and invited the children each to participate. It was a beautiful way to end our Christmas Eve with the celebration of the birth of our Savior, Jesus Christ.
Created by Briana @ Sweet Dreams are Made of These at 1/04/2010

Email ThisBlogThis!Share to TwitterShare to FacebookShare to Pinterest
Labels: celebrations, family fun, we are family