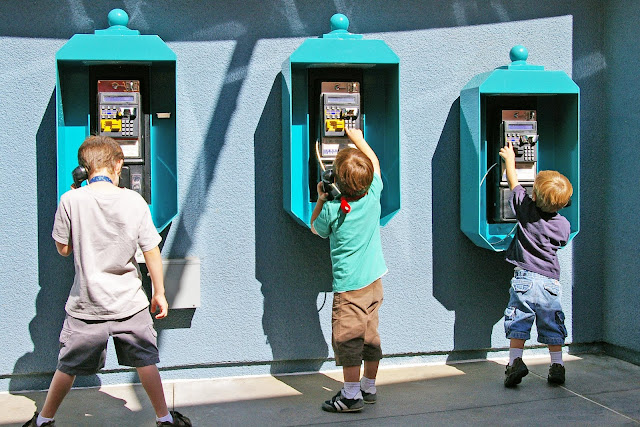 As I mentioned previously we are definitely taking advantage of living close to Disneyland. Having passes keeps our trips relaxing, helping us to enjoy various aspects of the park, such as the phones:-). Mike took this photo. I love it!!!
Our passes are our entertainment budget for the year and so lunches at Disneyland are not spectacular (I actually think the only thing spectacular about the food at Disneyland are the prices, the happy exception being the amazing corn dogs, yumm!!). Here the boys are eating their PB and banana sandwiches, love it!! 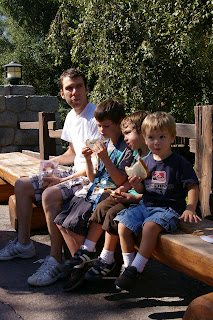 Eyan has finally reached one of the magical heights at Disneyland of 42" and so a whole new world of rides has opened up to him, including one of Owen's faves, Mulholland Madness at California Adventure. I love that Mike has finally come to the realization that I will be taking photos no matter what, so he might as well ham it up:-). 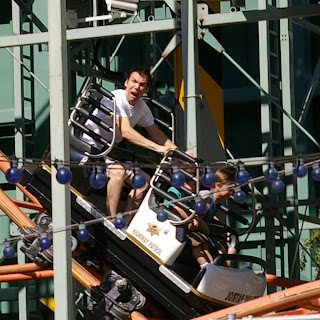 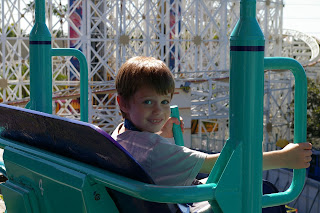 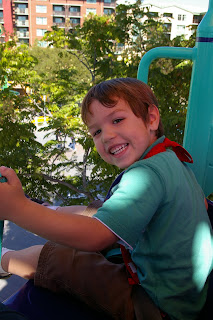 Tate and I had fun together on the little kids/prego rides, like the Golden Zephyr. I love this photo I took looking down on Owen and Eyan waiting for us. I think these are some of my favorite photos I have taken of the boys at Disneyland. 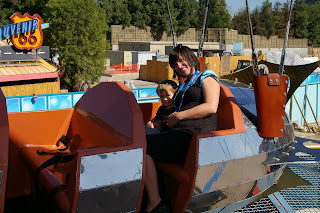 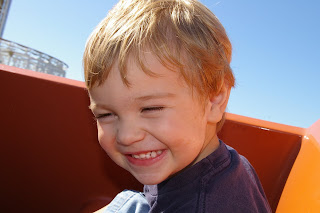 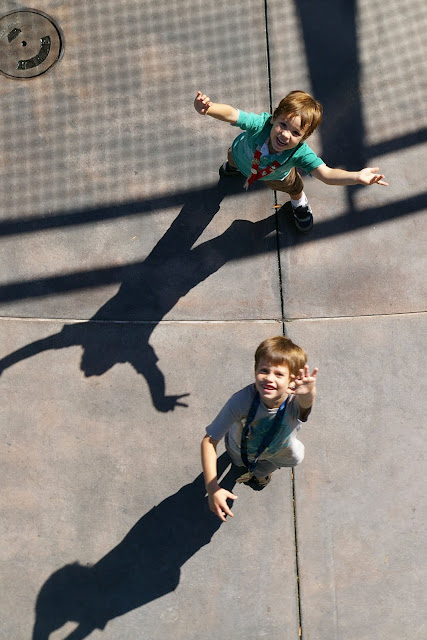