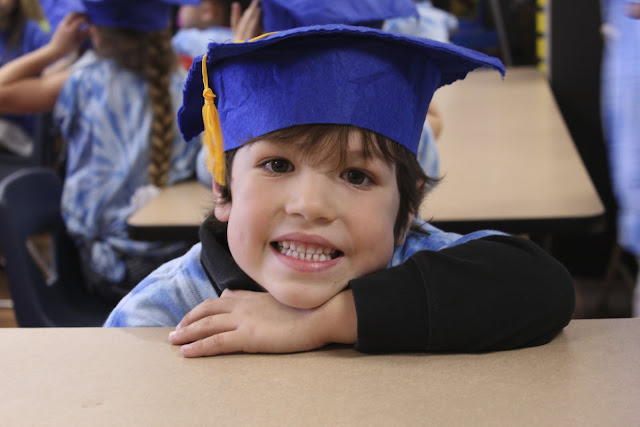 Kindergarten, Kindergarten {sang to the tune of "Love and Marriage" by Frank Sinatra}
Time to say goodbye to Kindergarten.
Look at all the progress we've made
So now its time to go to First Grade.

Kindergarten, Kindergarten
We have learned so much in Kindergarten
Our teachers wish that we could stay
But now its time to go to First Grade. 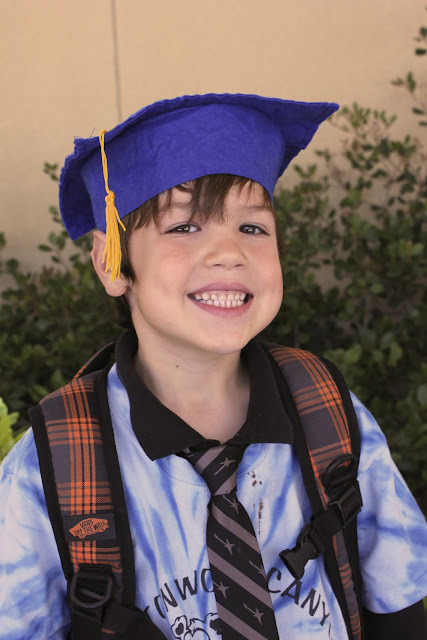 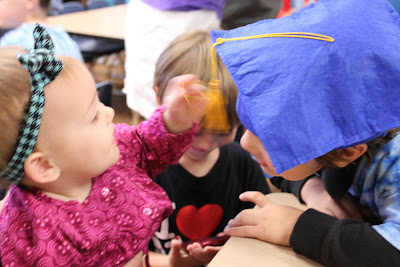 My little Eyan graduated from Kindergarten.  Eyan's class sang this darling little song {I gave you the abbreviated version:-)} at the "ceremony": Pomp & Circumstance march, diploma, and cap included.   Felicity was fascinated by the tassel on Eyan's cute graduation cap, and batted at it like a kitten to a catnip toy.  The Kindergarteners were supposed to wear their school t-shirt to the ceremony.  I, being bothered by the lack of fashion sense, added a collared shirt and his 'school tie' which he happened to wear on his first day of school.  {Of course he later accessorized it with some chocolate milk drips.}

I don't think a child enjoyed school more this year than our little E.  His cute little dimple grin was ready each morning when I dropped him off and had big brother Owen 'walk' him to his gate.  I loved watching those two, often with Owen's arm around Eyan, head off to greet the day together.  {Usually with a little too much speed and energy than the crossing guard would have liked, mostly due to the fact that we were almost always 'nearly' late:-)} 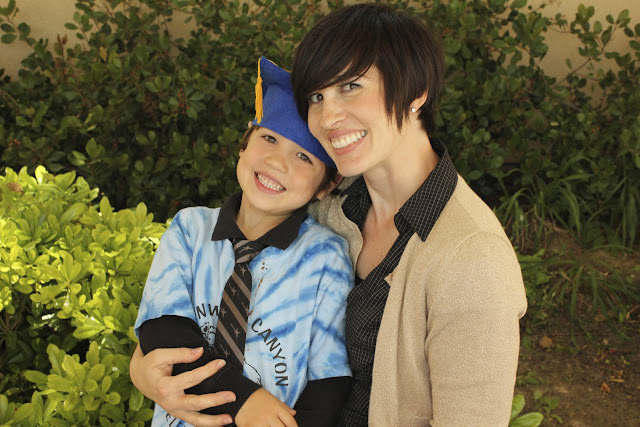 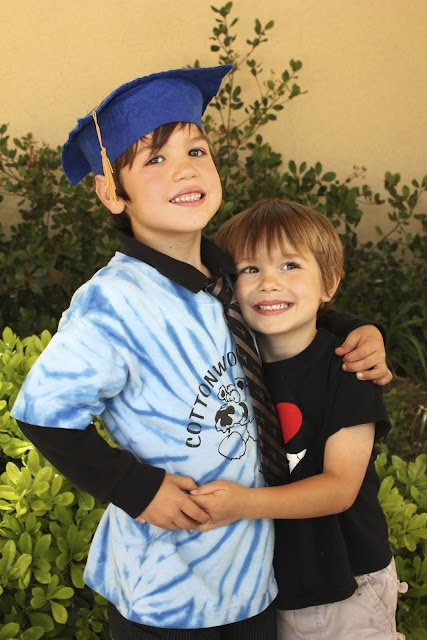 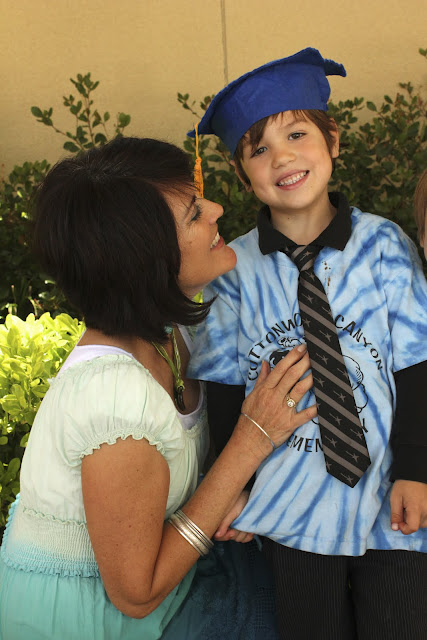 Eyan absolutely loved being at school with all his friends.  It was so fun to drop him off and watch as so many kids would light up and wave enthusiastically as Eyan came by.  Below are photos of a few of his best buds, Kaiya and Koa.   He especially loved his teacher, the best teacher in the whole-wide world, Mr. B {Mr. Branstetter}.  Owen had Mr. B when he was in Kindergarten and so we had to have the best again for our Eyan.  Thank goodness for teacher requests.  Mr. Branstetter has high expectations for his students and helps them achieve them by making learning fun and silly in the classroom as well as having incredible communication with the parents to reinforce or correct concepts at home.  Having a great teacher makes such a difference!  Mr. B told us that Eyan was the best reader in his class.  We are so blessed to have children that love to read.  He has started his elementary education off strong.  Way to go Eyan! 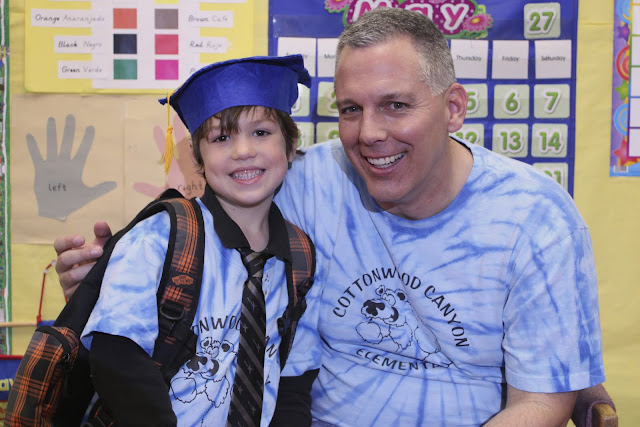 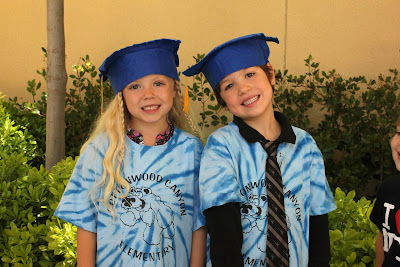 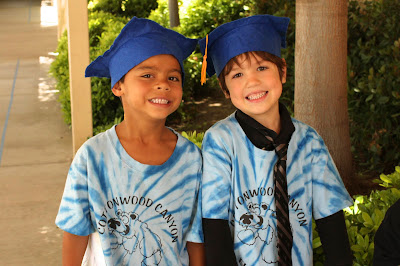 Email ThisBlogThis!Share to TwitterShare to FacebookShare to Pinterest
Labels: celebrations, Eyan, in the company of friends, milestones, we are family
Eyan Says Goodbye to Kindergarten
2011-06-21T22:03:00-06:00
Briana @ Sweet Dreams are Made of These
celebrations|Eyan|in the company of friends|milestones|we are family|
Newer Post Older Post Home
Subscribe to: Post Comments (Atom)