the other side of how we met 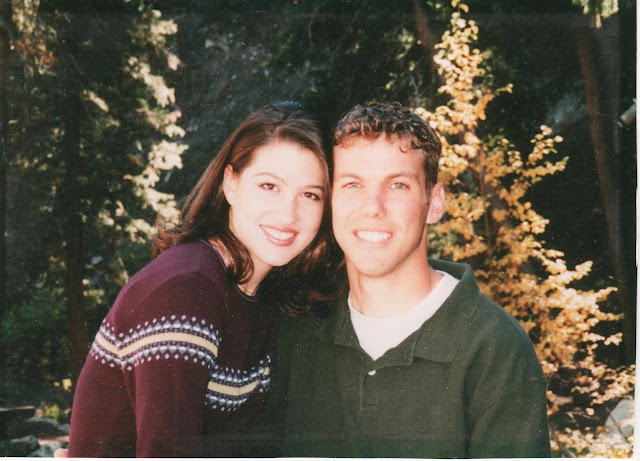 i remember being on that shuttle with this curly haired, short guy who didn’t say much
he wore razor blade frogskin oakleys, that were outdated even for 1997
{you know the kind that you could switch out the nose piece, arms, and frames with rad colors}
frayed cut off jean shorts and a beat up t-shirt
his style made quite the impression

upon arriving there we gathered around in a circle and each group member got a chance to introduce themselves
on someone else's turn this curly haired guy made some smart comment about this other guys major selection
i remember thinking, 'this guy thinks he's real funny'
little did i know that not only does this guy think he's funny, but he would make me laugh every day
and even after 15 years of marriage i would still not know if his dry humor and smart comments to me are serious or in jest

the next three days were full of fun and frivolity
water games, team olympics, trust activities, late nights of mingling, mixed with a little bit of training
i remember the first occasion i had to actually sit down and talk to mike in a small group
i learned of his ambition to graduate early and head to law school
and of his mission to hong kong and study of the chinese language
he had a confidence and direction that was very appealing
having dated a few guys who were insecure with who they were and what they wanted
it was certainly not love at first sight
but love at first real conversation
i was twitter-pated from day one

this was the beginning of a whirlwind love
with the fire of love flamed by poems, flowers, dances, and all sorts of other romantic gestures
that i fell deeply for 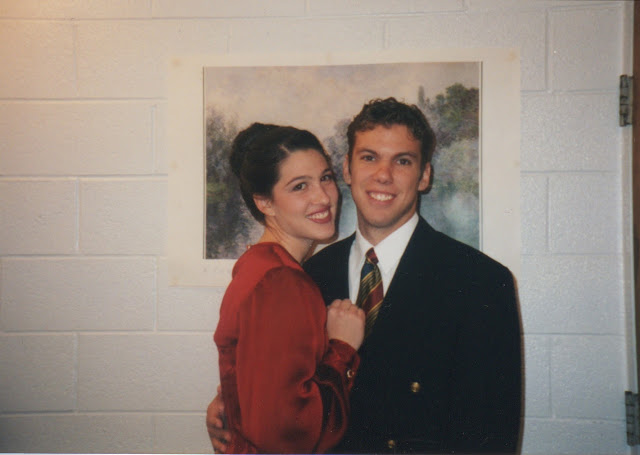 after 15 years, this man has never ceased to treat me like his queen
never criticizing, always lifting me
with his positive outlook and strength that i continue to lean on each and every day

Email ThisBlogThis!Share to TwitterShare to FacebookShare to Pinterest
Labels: about me, Mike, milestones, peek into my past
the other side of how we met
2013-07-15T10:02:00-06:00
Briana @ Sweet Dreams are Made of These
about me|Mike|milestones|peek into my past|
Newer Post Older Post Home
Subscribe to: Post Comments (Atom)